“Light has the peculiar quality of transforming what it touches, like gold foil over wood.”

“It’s a lasting thrill when something you know intuitively finds its authority in Scripture, as with this verse from the Old Testament book of Ecclesiastes: “Just as you do not know how the breath comes to the bones in the mother’s womb, so you do not know the work of God, who makes everything.” (Eccl. 11: 5 RSV). How powerfully this pulls together the mystery of human imagination with the influence of the Spirit and the creator-hood of God! It speaks to the artistic process from a profoundly God-centered perspective. It was this verse that gave my book Breath for the Bones its title and centered it thematically for me.” 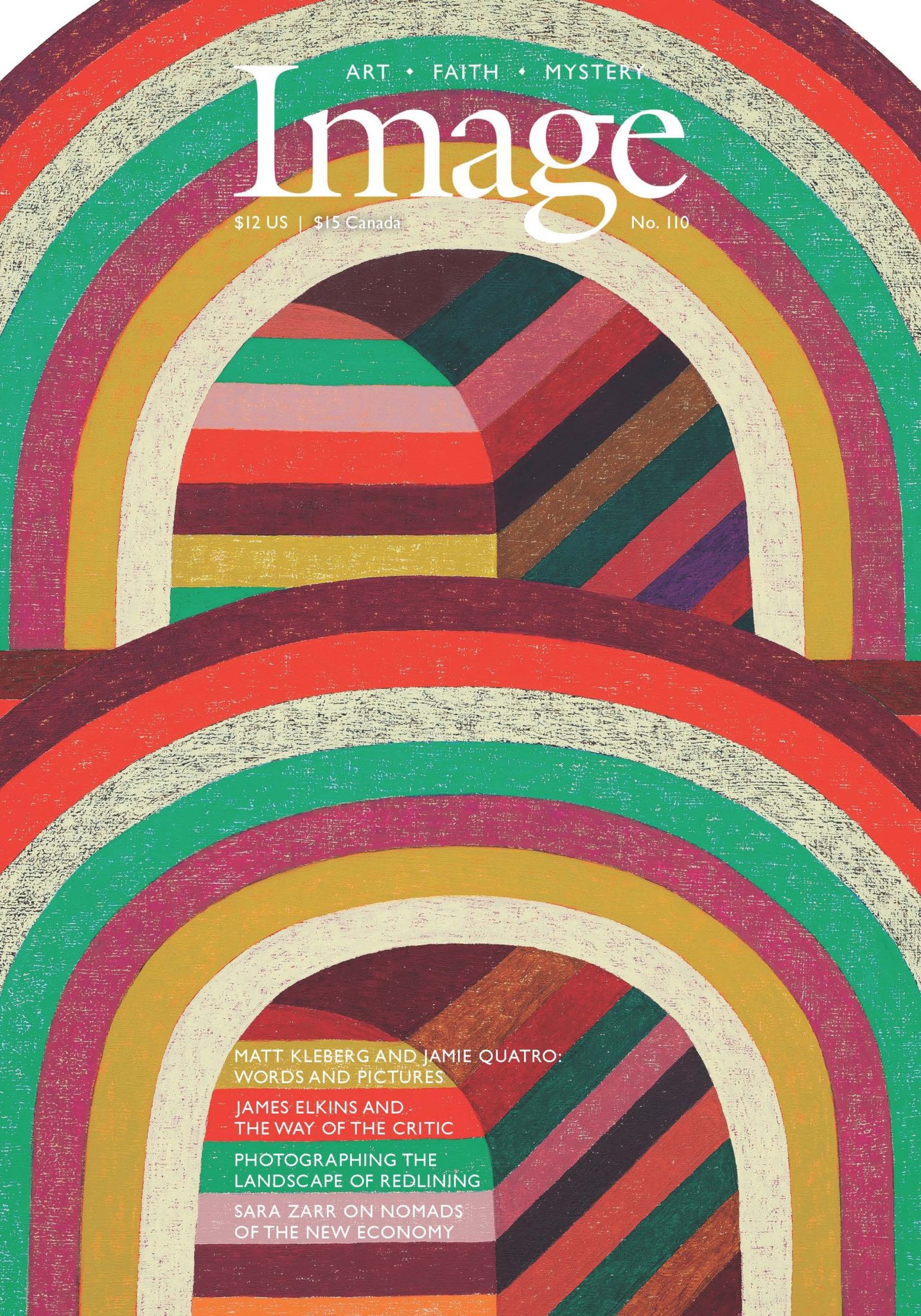 “Luci Shaw is a treasure, and Thumbprint in the Clay is a beautiful, ruminative and necessary book.”—Bret Lott, author Letters and Life

“One might argue with Heidegger that only in poetry—particularly the lyric poem—can Being achieve adequate articulation, find a “local habitation and a name,” become known. For a poet of profound religious sensibility such as Luci Shaw, whose poems so brilliantly and movingly locate authentic Being in the forms and processes of nature, the lyric impulse often approaches the incarnational. At one point she writes, “Something sacramental speaks/in the rinsing of hard stone by mountain run-off.” The same could be said of the elegantly crafted poems, word made flesh, in Harvesting Fog.”—B. H. Fairchild, author, The Art of the Lathe

“Only a person who believes such a thing is possible would write a poem titled “Reconstruction.” It’s a risky, Godlike choice about beginning anew. The reader continues and understands she is to envision a long life through imaginative changes of lens. Light becomes a bookish beetle, the Infant Jesus is “a small sack of God,” an idea is “a glitter of ash” to be flung over the ocean. We understand the the size of a blessing “crowds out everything but itself.”—Jeanine Hathaway, author The Self as Constellation

“[Here is] a balance of perfect form and feeling, praise and gravity. Luci Shaw see in the natural world a dynamic incarnation of God’s love. These poems have faith richly woven into the fabric of daily life and change—luminous, full of surprises and moments of delicious, holy mischief.” —Betsy Sholl, Poet Laureate of Maine, author The Red Line, Rough Cradle

“Luci Shaw encourages in her readers the habit of awakening. Intensely personal, these poems draw deeply on the legacy she has embraced as an heir to Herbert, Hopkins, Dickinson and others whose shadows fall gently across her lines, giving them texture and adding to their quiet, contemporary beauty.” —Marilyn McEntyre, author, The Color of Light

“Sacramental poems that offer nourishment for the starving, with a topping of delightful whimsy, a “bowlful of cool” in the face.” —Paul Willis, author, Rosing From the Dead

“Acutely observed, full of fidelity to the nature of things, and yet each observation suggesting or opening towards something more than itself. Every patch of light is a word, a beginning…heaven in the ordinary.” —Malcolm Guite, author Faith, Hope & Poetry

“I started sending postcards to a friend many years ago while I was traveling. I would begin each one by saying, ‘the light was like this in Texas, or in Iowa, etc.,” explained Luci Shaw about the genesis of What the Light Was Like (WordFarm, April), one of several recent books of poems, collected when Shaw realized she had a large number of pieces centered around a particular theme. Shaw’s newest collection, Accompanied by Angels: Poems of the Incarnation (Eerdmans, July) has a story of similar origin, and only became a book after she realized she had accumulated a large number of poems about the incarnation, most of which were sent out during past Advent seasons in her Christmas cards. Shaw knew without hesitation which poem in the collection strikes the most powerful chord. “It’s definitely “Mary’s Song.” I wrote it twenty-five to thirty years ago.” Shaw explained that “Mary’s Song”—a poem about Mary as a mother cradling her newborn son—has even been set to music by the Norwegian composer, Knut Nystadt, and is performed all over the world, including in Vancouver, near where she lives in Bellingham, WA.

Shaw devotes a considerable number of poems—the entire first section of Accompanied by Angels: Poems of the Incarnation—to the visitation of Mary by the angel Gabriel. “It’s such a pivotal moment in history and, for me, Mary is a model of someone unexpectedly called to do something utterly unusual,” Shaw explained. “Because of Mary, a whole new era comes into the world. She’s like a bridge between heaven and earth and, like Mary, I believe that we too can become pregnant with God.”

Luci Shaw was recently interviewed by Jon Sweeney. The topic was “What does it mean to lead a Spiritual Life?” The interview is available on explorefaith.org. This interview reveals fresh insights from Shaw, who continues to write and explore the connections between faith and Creation in her poetry and essays.

Also, the March 1 issue of IMAGE Update reviewed Luci Shaw’s most recent book Breath for the Bones as follows:

Art and faith need each other to flourish. That’s the message at the core of Breath for the Bones, a graceful patchwork of meditations by poet and spiritual writer Luci Shaw on creativity and its intimate relationship with the life of the soul. Drawn from Shaw’s writings over the years, this is a book for anyone who has felt the creative impulse and wondered where it comes from and how to cultivate it. Creativity is a seed planted in each of us, she believes. It’s a matter of recognizing it as the divine gift it is and helping it grow. Knowing well that the church can be leery of the imagination–unpredictable and impractical, it must therefore be dangerous–Shaw gently lays those fears to rest with some theological groundwork.

She reminds us that the excessive beauty of creation reveals a God who endorses creativity for its own sake, and that Christ himself uses story and metaphor to communicate truth that might otherwise diminish and fall flat. What’s so lovely about this collection of accumulated wisdom is the way it effortlessly weaves the theological with the immediate, personal voice of a poet who has been at this delicate work for decades. She tells stories, she shares journal entries and poems, and paints bright images to draw us into her own vital relationship with creativity and faith. Along the way we learn the importance of leaving receptors open to the arrival of the Spirit as muse, who comes without warning like a breeze lifting the leaves. We begin to face fear and take the risks that leave us vulnerable to challenge and growth, to savor the tiniest details as glimmers of the divine, and to learn to dwell in the troughs and shadows, trusting they are necessary contrasts to the coming light. From practical advice for growing artists and hand questions and writing prompts in the back, to moments of ecstatic affirmation of art-making as a way of seeing more deeply, Shaw’s “wild hope” is that in a world increasingly fragmented and myopic, “creative Christians, by means of their “baptized imaginations,” may be able to help integrate the universe by…seeing the whole picture as if through God’s eyes…and saying, “Yes, I see. This is connected to that. There is meaning in it.”

IMAGE Update, recently published an anthology of essays and poems, titled Remembering the Future, edited by Chris Keller and Andrew David. A poem of Luci Shaw’s begins the book, and IMAGE reviews the book with the following comment:

“The opening poem by Luci Shaw, ‘A Few Suggestions for an Insubordinate Idea’ sets the tone for the whole book, which seeks to goad and stir, to ‘fling a glitter of ash over the ocean, pocking it like rain, / ignite a burning bush. Transfix the universe, then,’–and here’s the beauty of what Remembering the Future does–‘having found a mind of your own, come home. / Burrow my brain. Be one of a neuron couplet / that breeds a host of your own kind.’ “